Here are the best Israeli technologies that address acute problems, from the world’s declining bee population to dirty diapers and everything in between.

As every parent knows, having offspring is not the most environmentally friendly thing to do. We’re not talking about the carbon footprint of future jet-setters (though that’s one thing too), but rather the more immediate, never-ending piles of disposable diaper waste that they are responsible for. When Alon Cohen became a father a few years ago, he decided to make cloth diapers much easier to use by developing the PIKA mini diaper cleaning machine, which stores and washes dirty diapers at the push of a button with a patent-pending tablet. Now you can help reduce the estimated 258 billion diapers that land in landfills around the world each year.

HomeBiogas is a system that converts leftover food into natural gas for cooking and garden fertilizer. It’s pretty easy to use: just dispose of leftover food in a tank where bacteria digest and convert it to biogas that is sent to the stove. Those who are genuinely interested in biogas can go a step further and install the company’s organic toilet kit. This off-grid solution works similarly to the food waste system and converts toilet waste to cooking gas in a process that does not require human intervention.

This technology is great for those who love a steak dinner but are less enthusiastic about the environmental impact of the animal husbandry industry – which is responsible for a large portion of humanity’s greenhouse gas emissions, deforestation, and water use. Israeli food tech startup Aleph Farms has developed a technology that uses cell farming to produce cultured meat, in which biotechnology replaces natural growing processes and uses cow cells instead of slaughtering one. Although it won’t be ready for a few years, we’re looking forward to it.

Vertical Field grows food close to the house and vertically

Vertical Field is an Israeli Ag-Tech company that specializes in vertical cultivation systems. Vertical farming uses 90 percent less water than regular field farming, produces crops much faster, and is pest and weather resistant, which means more food can be grown more easily. In Israel, the technology is used in several supermarkets to grow leafy vegetables such as kale, basil and peppermint. 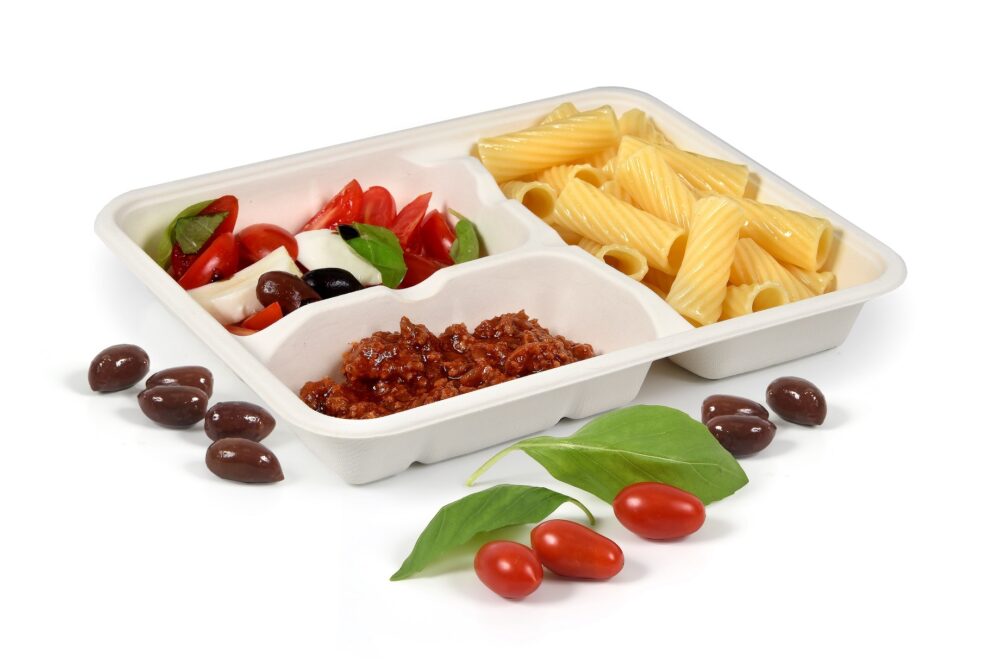 A tray made from compostable vegetable fibers. (Courtesy of W-Cycle)

SupraPulp is a packaging product made from sugar cane fibers. In contrast to other molded fiber packaging, thanks to a polymer-based additive that is incorporated into the sugar cane pulp during the manufacturing process, it is leak-proof without the addition of spray or wax. This means that sugarcane pulp packaging can withstand the freezer, oven or microwave and replace harmful CPET products. W-Cycle, the Israeli startup that developed SupraPulp, is targeting its product towards the catering and food delivery industries and we hope it will help reduce all of the plastic waste we create.

As every office worker knows, printing things in the office is always so tempting. The fact that it’s free, easy, and accessible often tarnishes the fact that it’s also wasteful, not always necessary, and definitely not green. This is where the Israeli company ePaper comes into play. Its technology offers solutions for more security and control in organizations. This means printing becomes monitored, quantifiable and identifiable, and employees become more aware of their printer-friendly fingers. The system also generates reports on the amount of wood felled and the energy consumption during printing over a period of time. According to ePaper, customers state that they have saved an average of 35 percent on paper.

Kenaf Ventures introduces hibiscus to the world of construction 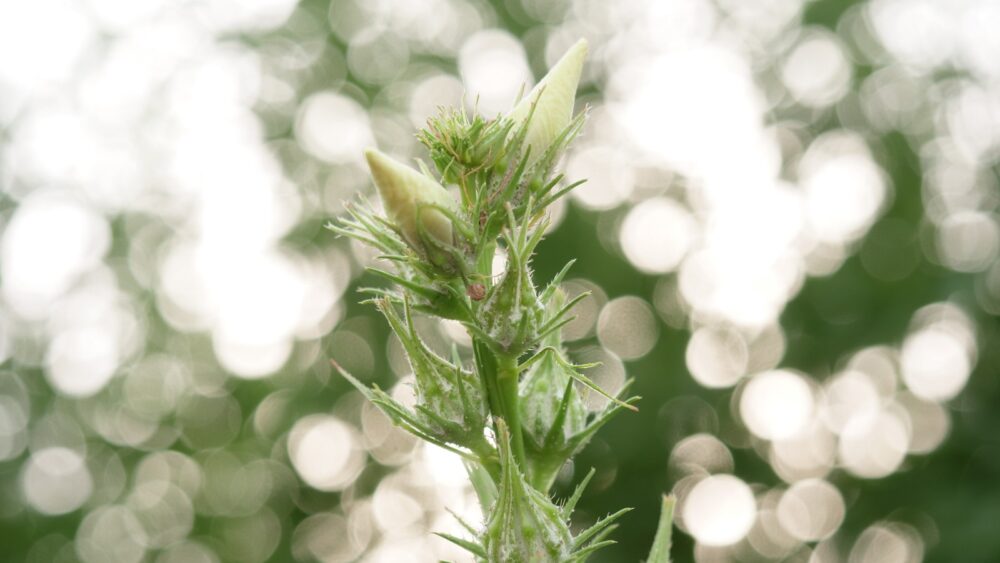 The kenaf facility has many uses in making sustainable materials. (Courtesy Kenaf Ventures)

As more and more buildings around the world are adorned with greenery and green solutions, the fact remains that the materials they are built from – stone, steel and concrete – are resources whose extraction and use harm the environment. New to the world of building is kenaf, a hibiscus-like plant that is easy to grow, uses little water, and absorbs more carbon dioxide than other plant-based building materials. It is used by Israeli company Kenaf Ventures to develop environmentally friendly technologies and products such as thermal insulation plaster, blocks and walls, all of which are in the final stages of patent approval. 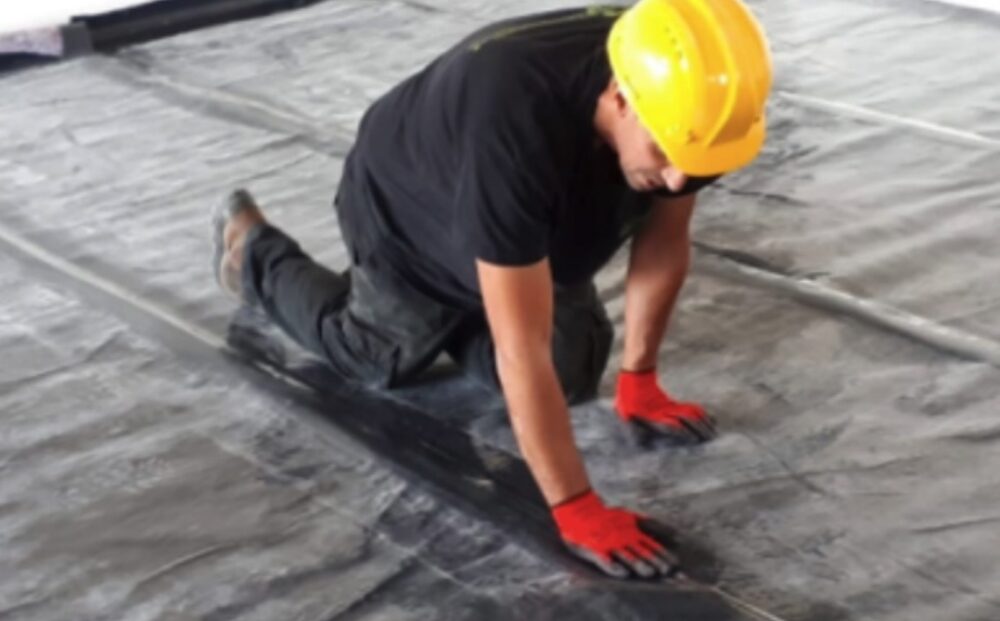 Although separating rubbish has become a household habit in Israel and the world, the plastics we so carefully store often end up as rubbish. The reason? They are dirty and therefore not suitable for regular recycling. The Israeli company Alkemy has managed to find a way to convert dirty plastics into plastic films that are used to seal surfaces in construction. And with Alkemy’s sheets now being used in Israeli highway tunnels, there’s a good chance we’ll whiz past our old shampoo bottle.

SaliCrop modifies the seed’s DNA to help the grains grow

Salt from floods or rising seawater causes high salinity in around 20 percent of agricultural fields worldwide, which means that plants do not grow properly. This contributes to a feared food crisis. Israeli startup SaliCrop is trying to mitigate the problem with its seed treatment, which enables plants to grow well even in soils with high salinity using a wet chemical process that stimulates an epigenetic response to saline conditions. This means that the DNA of the culture is altered without genetic modification. SaliCrop now has multiple pilots in Israel and India and users are reporting higher yields.

Netafim is known worldwide for inventing commercial drip irrigation. Now it also offers water-efficient drip irrigation for rice fields. Traditionally, rice is grown by flooding fields with water. Given that grain is the staple food of around half the world’s population, it is not surprising that rice cultivation uses up to 40 percent of freshwater and is responsible for 10 percent of man-made methane emissions. The Netafim drip system for rice fields reduces water consumption by 70 percent and virtually eliminates methane emissions. The new system is currently in the pilot phase, but Netafim says that even if only 10 percent of rice farmers switched to its technology, the reduction in methane emissions would mean taking 40 million cars off the road. 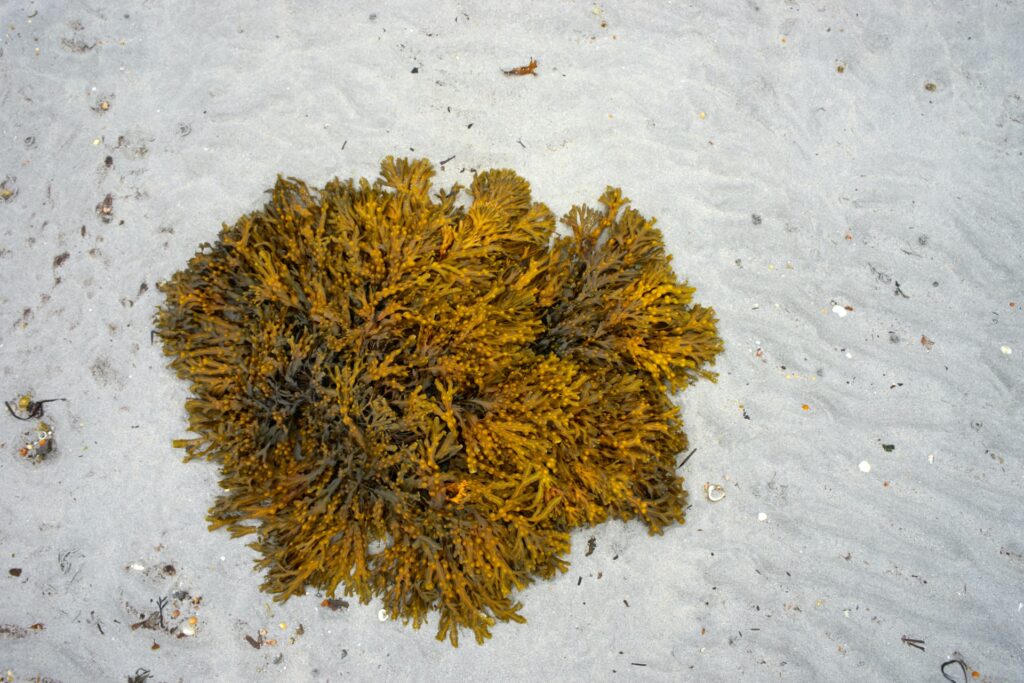 Brown algae are a serious problem for an economy that relies on tourism and the notoriously clear waters of the Caribbean. (Wolfgang Hasselmann / Unsplash)

The Atlantic Sargassum Belt, patches of kelp blooms that stretch from the coast of West Africa to the Caribbean and Latin America, makes life difficult for some marine animals, fishermen, and tourism industries that rely on pristine waters. When the head of YA Maof, an Israeli company specializing in waste disposal, was vacationing in the Dominican Republic and came across the phenomenon, he decided to tackle it. He and his team developed a process to combine the algae with organic waste in a biogas plant, which in turn generates electricity. The project is still in progress, but the plan is to supply local hotels with the locally produced electricity and to maximize the impact for the community.

Blue-green algal blooms are toxic bacteria that occur when an aquatic ecosystem becomes contaminated and turns lakes and reservoirs into dead water zones – very bad news for the surrounding communities, which can no longer use them as a resource. Usually these flowers are treated with large amounts of chemicals that are not that good for the environment, but Israeli startup BlueGreen Water Technologies has found a way to treat them with nano-covered pellets that release far less harmful toxins into the water in a more effective way .

In recent years, numerous efforts have been made to rehabilitate the world’s bee population, the extinction of which is threatening our diet and wellbeing due to modern demand, climate change and disease. Israeli startup Beewise is leading this effort with its Beehome, a unique autonomous beehive that can house up to 2 million bees and use computer vision, artificial intelligence and precision robotics to maintain their health and maintenance. The company is committed to replacing all of the beehives in the world to ensure the bees stay for centuries.

It’s no secret that manure is a great fertilizer, but the growing waste produced by the huge livestock industry means that manure is building up and being absorbed into the soil and water, posing a serious health risk. Israeli startup Paulee CleanTec has developed a seemingly simple technology that converts manure into an odorless and pathogen-free powder that can be safely stored and used as fertilizer without the risk of leaks and health risks. While the company is focused on farm animals, its technology can also be applied to human waste in the future, helping to achieve sustainable sanitation goals for the world.

14 clever technologies to help the planet first appeared on ISRAEL21c.

DVIDS – News – The Saga of USS Kidd: A Look Back at the Historic Deployment of Jacksonville’s Rapid Response Team