Highlighted artists and minority experiences this winter in Jacksonville, Florida

Miami, St. Petersburg, and Palm Beach get the lion’s share of Florida’s cultural attention. Rightly. Each has become a preeminent cultural destination for its own reasons.

In the far northeast of the state, Jacksonville also has an arts scene that is well worth exploring.

Currently the highlight is the installation “Making Great Lives Matter” by Carl Joe Williams, which fills the 40 foot high atrium of the Museum of Contemporary Art in Jacksonville. Williams’ vibrant, rhythmic geometric patterns, inspired by African American quilting patterns and ancient geometry, are the newest in the museum’s Project Atrium.

Williams’ artwork, which can be seen through March 21, not only fills the eyes but also the ears. Video monitors on the first floor play responses from Jacksonville residents when asked about the “American Dream.”

What does it mean for you? Who is it leaving out? Is there such a thing really?

Televisions mounted in the second story show harrowing newsreels of police violence against minorities, including the murder of George Floyd, the beatings of Rodney King, the death of Philandro Castile, and others. The installation takes on an additional eerie tone as viewers inspect the fabulously patterned walls to spot Confederate flags. The wall text informs that it includes Adinkra symbols from West Africa along with ancient symbols adopted by supremacist groups in the 20th century.

As everywhere in the south, Jacksonville has had a difficult, violent history of racism and white supremacy. The most famous event of its kind, Ax Handle Saturday, celebrated its 60th anniversary in 2020. A small signal of progress can be found on MOCA Jacksonville’s Laura Street with James Weldon Johnson Park. The city renamed the park last year to honor the famous Jacksonville civil rights activist, lawyer, educator, composer, and native who wrote “Life Ev’ry Voice and Sing,” commonly known as the Black National Anthem.

A new mural project carried out last fall at the Jessie Ball duPont Center, two blocks from the MOCA, also pays tribute to the surprisingly rich and largely undiscovered history of national black leadership in the area. The Jessie is housed in the former Haydon Burns Public Library, a mid-century mint green modern architectural gem that’s well worth a look.

The Puerto Rican mosaic artist Celso González Quiñones has lavishly recalled six black dignitaries, two by two, in three murals that are mounted side by side on an outside wall of the Jessie.

The world-famous writer and anthropologist Zora Neale Hurston, who grew up in Eatonville, Florida, near Orlando, accompanies the poet and performer Ebony Payne-English from Jacksonville on a mural. Another shows the late civil rights leader Rutledge Pearson, former president of the Jacksonville Branch of the NAACP, and Jacksonville historian and author Rodney L. Hurst. The third features educator, soprano and humanitarian Eartha MM White and educator Johnnetta Cole, former director of the Smithsonian Institution’s National Museum of African Art, both from Jacksonville. Hurst and Cole are still alive.

The lively, freshly installed murals dazzle in the sun.

The project was initiated by ArtRepublic, a Jacksonville-based cultural production agency that operates nationally and translates community identity through public art, programs, exhibitions and events. It works tirelessly to bring more public art to the region. 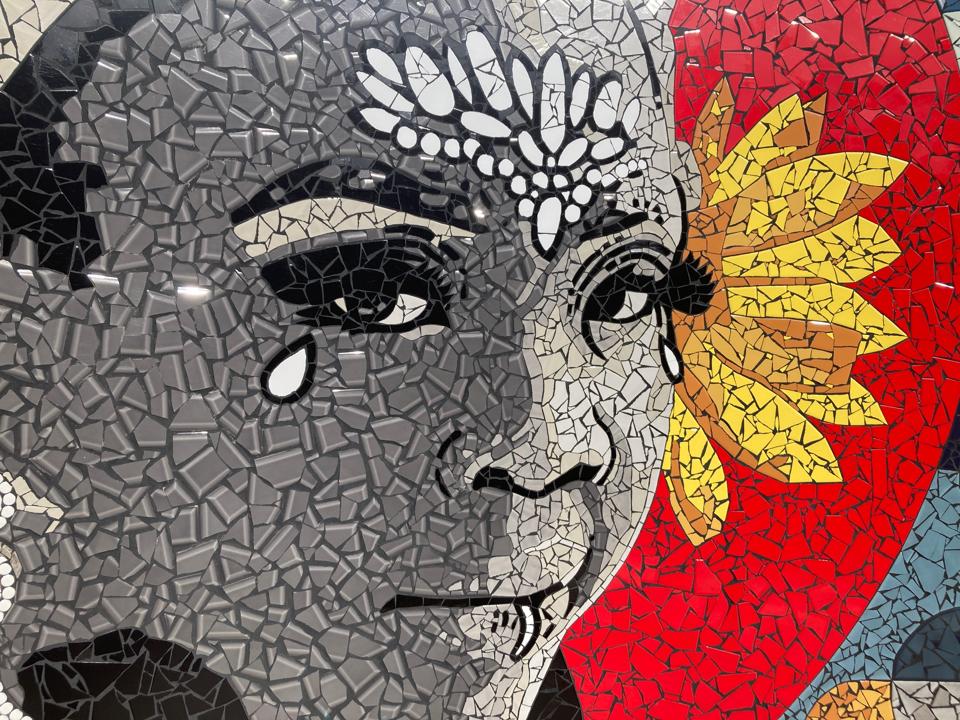 Back at MOCA Jacksonville, be sure to head upstairs before you depart to see The Circle and the Square, an exhibition of works on paper highlighting geometric shapes from a who-is-who of modern art, including Ellsworth Kelly, Jasper Johns, Robert Indiana and Sol Lewitt and a valuable kinetic cell phone from Alexander Calder.

The longtime pillar of Jacksonville’s art scene, the Cummer Museum of Art and Gardens, is two miles from downtown and is beautifully situated on the St. John’s River. 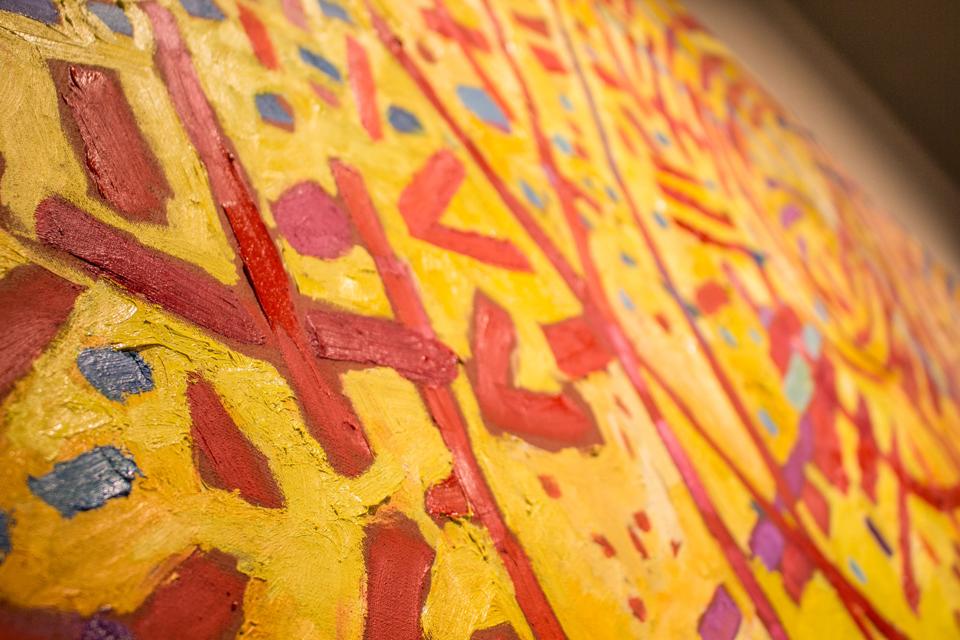 Detail from Mildred Thompson, “Magnetic Fields”, oil on canvas, in the Cummer Museum of Art and Gardens, … [+] Jacksonville, Florida.

Cummer Museum of Art and Gardens

A small gallery in the museum was recently installed to recognize work by indigenous artists. A highlight is Shan Goshorn’s (Eastern Band Cherokee) Zero Tolerance (2016). This ship is another new acquisition by the museum and features “sheets of watercolor paper rails printed with archival inks and acrylic paint”.

Goshorn uses local weaving techniques and replaces conventional materials such as reeds with archive photos, maps or text from historical documents. The paper rails woven together in this piece contain text from a speech at the Carlisle Indian Boarding School. The Indian boarding school era is a particularly ugly spot in American history, as tens of thousands of Indigenous children were forcibly removed from their homes and families and sent to “schools” in the form of forced cultural annihilation and assimilation camps. “Kill the Indian, save the man” was a guiding principle in this terrible and failed experiment.

Additional strips of paper are printed with texts from the children’s song “Ten Little Indians” and the names of approximately 10,000 children who were forced to move to Carlisle during its 40-year operation. 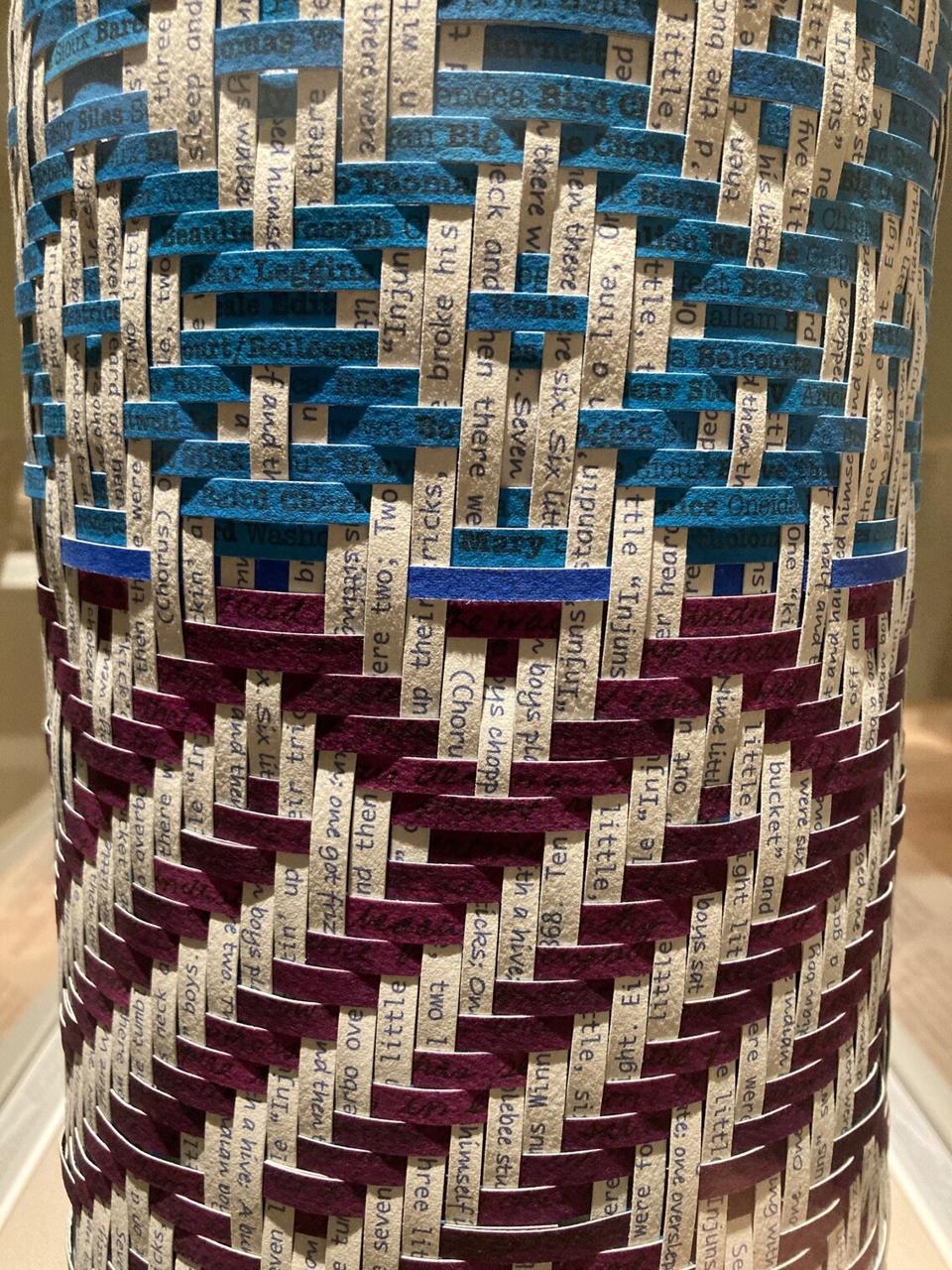 Time for lunch? The Cummer is within walking distance and has two excellent options.

Arepa Please serves huge arepas-ground corn dough filled with fillings. The dish comes from the northern region of South America and is now mainly found in the cuisine of Colombia and Venezuela. Biggie’s Pizza has cakes and slices to match all of the descriptions. Both are local, quick, and inexpensive.

For a nice meal, head back downtown to the Cowford Chophouse, a classic steakhouse with a rooftop lounge.

With extra time, combine a true luxury experience with the region’s fantastic beaches at the Ponte Vedra Inn and Club. This historic hotel with newly renovated beachfront suites makes exploring the many vibrant beach communities of northeast Florida easy.