Beans are just as important to Mexicans as corn. Both plants grow together in a supplement crop system called Milpa, which is a sustainable gardening method.

In the kitchen, their flavors also complement each other. This pairing has played a central role in Mexican cuisine for centuries.

Mexico grows 70 of the world’s 150 bean species, according to the country’s Ministry of Agriculture and Rural Development. The states of Zacatecas, Chihuahua, Durango, Nayarit, Chiapas, and Sinaloa are the country’s largest bean producers, but consumers are dispersed everywhere.

“Chilled beans shouldn’t be missing in my house. Beans are an important addition to the stews in [Mexican] Table. I prepare them with lard, fried onions and chili de arbol, ”said Leonor Serrano Peña, a housewife from Boca del Río, Veracruz.

Beans play a central role on the table of millions of Mexican families. They’re nutritious, inexpensive, and filling, which makes them the perfect staple food for all classes.

According to Statista, bean production in Mexico is expected to reach 2.62 million tons by 2030. (Milada Vigerova / Unsplash)

“Beans are indispensable in Mexican gastronomy. There are countless dishes whose main ingredient is beans, ”said Rodolfo Vázquez Figueroa, a graduate in gastronomy at Le Chef College in Boca del Río, Veracruz.

Snacks like sopes, panuchos, tlacoyos and huaraches are always topped with beans, cheese and salsa.

In Veracruz, bean-filled gorditas and volovanes with beans and chorizo ​​are just two of the many possible snacks that contain beans.

Enfrijoladas is one of the most popular bean dishes in Mexico. Enfrijoladas are a classic breakfast dish and look like enchiladas. But chefs bathe the tortillas in bean sauce instead of spicy salsa.

Beans are not only delicious, they are also healthy. They are “high in fiber, low in fat, high in carbohydrates and protein. Their high iron content makes them an important staple food for people with anemia. It is a complete food that offers tremendous health benefits, ”said Vázquez Figueroa.

Do you want to find a delicious way to boost your bean intake? Try making enfrijoladas. 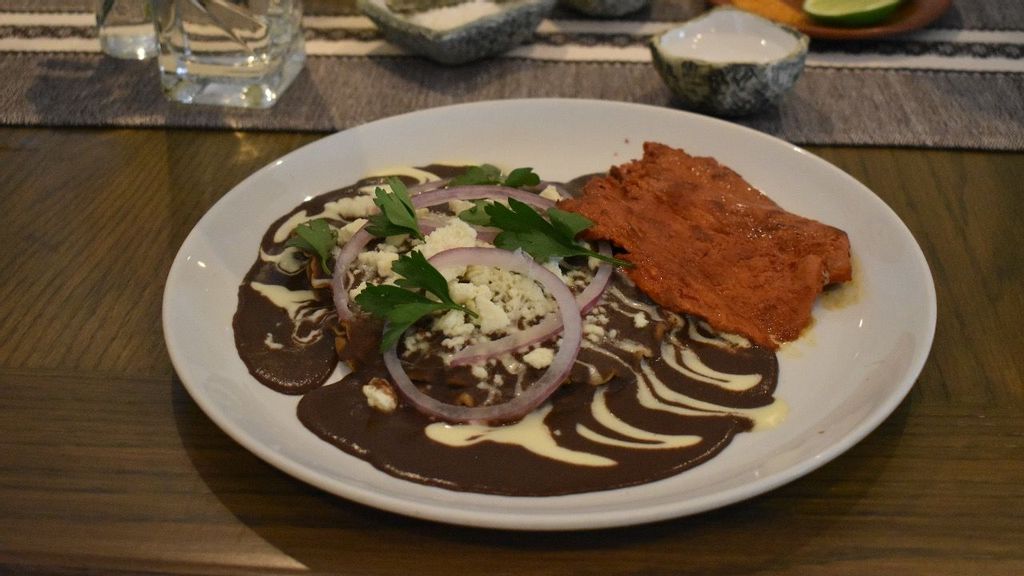 Fry the tortillas in butter.

Boil the beans with onions and mix them with a cup of water. Pour into a saucepan with melted butter and add powdered chicken stock.

Once the mixture is warm, dip the tortillas one at a time in the sauce. Fold them enchilada style and serve on a plate. Garnish with grated cheese, cream and onions.

(Translated and edited by Gabriela Olmos. Edited by Fern Siegel)